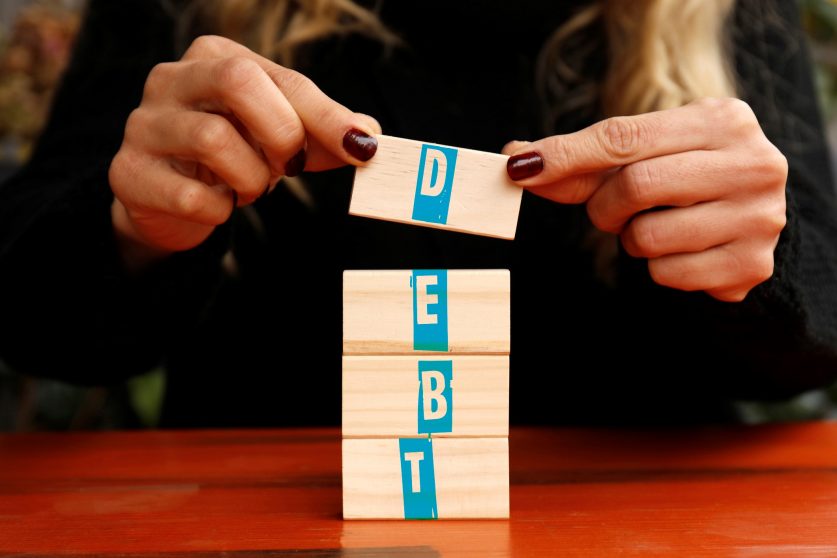 The per capita rate of debt amongst Canadians is the highest in the world. With a future of increasing interest rates, the prognosis is not great for a lot of Canadians. We seem to have a debt perversion. Many people are living pay cheque to pay cheque and will face financial challenges in the next few years.  Believing that some forms of debt are good could leave you in a bad place.

This is always a topic of discussion for us. Let’s take an example of one of our new clients, we’ll call her Sarah. After four years of undergraduate education and another three at law school, Sarah landed a job she loves — and a debt load she resents. A new hire at a boutique law firm in Toronto, Sarah has $60,000 owing on an $80,000 line of credit, and another $11,000 in provincial student loans.

Sarah will tell you that she is very happy with where she ended up, but she is not going to sit here and pretend that debt didn’t have a huge impact on what firms she applied to, the career choices she made, where she was willing to work, and the kind of work she was willing to do.

Student debt is generally considered good debt: it allows borrowers to increase their income in the long run. But as countless former students struggling with debt can tell you, paying down even a good debt can be a source of stress and financial difficulty.

Sarah stated that while she is increasing her earning potential by a lot, it also really affected her life in her twenties. She finds is really anxiety-inducing to look at her bank statement and the column that’s negative $80,000. It’s depressing.

Traditionally, good debt is the sort that helps you gain wealth or income, while bad debt is money spent on goods that are consumed over time. Here’s a breakdown of what is generally considered good debt and bad debt:

In Canada, as in most of the developed world, the largest source of good debt is the mortgage. Canadians are almost unequivocal in their support of mortgages. In one poll, 80 per cent of Canadians agreed that mortgages are good debt. However, another survey found that half of Canada’s young homeowners are experiencing buyer’s remorse, with the high cost of servicing that debt as the single largest reason. In other words, good debt can go bad, especially if you have more of it than you can handle — financially, or psychologically.

There’s no such thing as good or bad debt. Asking whether debt is bad or good is like asking “Is bread good or bad?” That’s a silly question. What matters is, what’s good for you. You may think that borrowing on a credit card to pay for a vacation is bad debt but maybe a vacation is very important for your mental health.

The Bank of Canada is currently consecutively raising interest rates. Here’s how that could affect your debt. There is risk in taking to heart the notion that some types of debt are good – it can lead to irresponsible borrowing.

If you believe a mortgage is good debt, you might spend as much as you can on a house. Could that be part of the reason Canadians have been willing to take on so much mortgage debt? With around $1.67 in debt for every dollar of disposable income, households here are the most indebted of any G7 country. And the Bank of Canada has been raising the alarm about the growing ranks of highly indebted consumers — those whose debt exceeds their annual income by more than 450 per cent.

Households carrying high levels of debt could find it more difficult to adjust to a loss in income or other financial shock. They may be forced to sharply cut back on their spending and, in severe cases, may default on loans. The consequences for the economy and the financial system could be significant.

Determining the right amount of debt

But how do you know when if your good debt is actually bad? When it edges into your lifestyle, you have too much debt. Our financial life planning definition of good debt is different from the traditional model. It’s a balance you can comfortably pay every month, at a reasonable rate. There are many grey areas when it comes to debt.

For instance, a car loan may be considered bad debt because vehicles depreciate in value (often 25 per cent the moment you drive it off the lot), but what if a car is your only option for getting to work, and you don’t have enough to buy in cash? Then, an auto loan can look like good debt.

Or borrowing money for home renovations. Many argue it’s good debt because it increases the value of your home. I don’t know if that’s true, especially if you plan to continue living there in the future. A rule of thumb for debt: Your monthly payments should be no more than 25 per cent of your monthly income before taxes. Banks are often willing to lend you up to 36 per cent of your income, but do not leave it to them to decide. Banks might think you can handle it but it might not be true. You’ve got to be realistic with what you can afford.

For her part, our client Sarah says her experience with student debt will make her more cautious taking on debt in the future. She’s definitely more apprehensive than she would have been. It’s one thing to think about being in debt in the abstract, and a very different thing to experience it.

Essentially, good debt versus bad debt is primarily dependent on your tolerance for debt. The key take away is that you should always ensure that you can comfortably manage your debt and that it doesn’t affect your lifestyle. Where most people fail is managing their wants over their needs and financing your wants with debt.

In our world of increasing interest rates, some people jumped at the unnaturally low rates we have experienced over the last ten years and are now carrying debts that can continually become more expensive to service. This may become unmanageable or creep into your lifestyle. If this is the case, speaking to a Financial Life Planner may be a prudent plan before it becomes a problem. Forward thinking is part of Keeping Life Current.