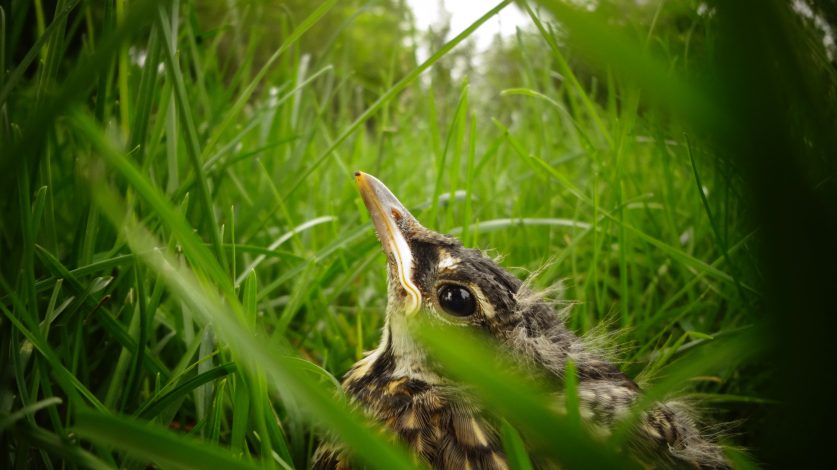 Most in the know can align Northern River Financial with the outdoors and nature, more fostered by a more balanced and healthy approach to life. So, it makes sense that with spring and beautiful weather finally here, we highly recommend spending some time outside. Summer is just around the corner.

We are all about life planning and its integration into your financial planning. We have inspired many mantras such as “Live Today. Plan For A Better Tomorrow.” While planning is important, it is more important to live life as best you can. The correlation to the north, nature and nurturing is not just happenstance. Nature offers one of the most reliable boosts to your mental and physical well-being. Here are just a few potential benefits:

So, we’re going to get a little psychological here. In a recent study, students were given a brief memory test, then divided into two groups. One group took a walk thought the wood, and the other half took a walk down a city street.

When the participants returned, and did the test again, those who had walked among trees did almost 20% better than the first time. The ones who had taken in city sights instead did not consistently improve. Another similar study on depressed individuals also found that walks in nature boosted working memory much more than walks in urban environments.

You know that feeling where your brain seems to be sputtering to a halt? Researchers call that “mental fatigue.” One thing that can help get your mind back into gear is exposing it to restorative environments, which, research has found, generally means outside.

One study found that people’s mental energy bounced back even when they just looked at pictures of nature. Studies have also found that natural beauty can elicit feelings of awe, which is one of the surest ways to experience a mental boost.

Tensed and stressed? Head for the trees. One study found that people sent into the forest for a few nights had lower levels of cortisol, a hormone often used as a marker for stress, than those who spent that time in the city.

In another study, researchers found a decrease in both heart rate and levels of cortisol in subjects in the forest when compared to those in the city. They concluded stressful states can be relieved by forest therapy. Among office workers, even the view of nature out a window is associated with lower stress and higher job satisfaction.

We know the natural environment is restorative, and one thing that a walk outside can restore is your waning attention. In one early study, researchers worked to deplete participants’ ability to focus. Then some took a walk in nature, some took a walk through the city, and the rest just relaxed. When they returned, the nature group scored the best on a proofreading task. Other studies have found similar results – even seeing a natural scene through a window can help.

The attentional effect of nature is so strong it might help kids with ADHD, who have been found to concentrate better after just 20 minutes in a park. Doses of nature might serve as a safe, inexpensive, widely accessible new tool for managing ADHD symptoms.

In a study, when people were asked to repeat sequences of numbers, they were much more accurate after a walk in nature. This finding built on research that showed how nature can restore attention and memory. Another study found that people immersed in nature for four days boosted their performance on a creative problem-solving test by 50%.

While the research suggests the possibility of a positive relationship between creative thinking and the outdoors, it wasn’t enough to determine whether the effects were due to increased exposure to nature, decreased exposure to technology, or other factors.

Anxiety, depression, and other mental health issues may all be eased by some time in the great outdoors especially when that’s combined with exercise. This is to be expected, to some extent, as both greenery and exercise are known to reduce stress.

One study found that walks in the forest were specifically associated with decreased levels of anxiety and bad moods and another found that outdoor walks could be useful clinically as a supplement to existing treatments. It seems every green environment improved both self-esteem and mood. The presence of water made the positive effects even stronger.

The health effects of green space are wide-ranging, and studies show strong associations between access to nature and longer, healthier lives. The percentage of green space in people’s living environment has a positive association with the perceived general health of residents. Nearby green space was even more important to health in urban environments.

Another study relied on mortality assessed by physicians and found that a wide variety of diseases were less prevalent among people who lived in close proximity to green space. Other studies have made a direct link between time spent in forests and other measures of overall health.

Why the connection? Researchers point to recovery from stress and attention fatigue, encouragement of physical activity, facilitation of social contact and better air quality as well as nature’s positive effect on mental health, which boosts overall health and longevity as well.

As I put the final touches on this piece on a Sunday morning, I was watching CBS’s Sunday Morning. It’s one of the only news programs, I will devote time to in these days of informational entertainment being branded as ethical journalistic reporting. The segment that caught my eye was about the Norwegian concept of “Slow TV.” Imagine watching 30 minutes of water lapping on a wild beach or a freight train navigating northward on a lonely desolate line. It’s contagious. One of the most popular segments on Sunday Morning is their “Moment of Nature.” One can fail to see why. Science sees it too. Nature nurtures Keeping Life Current.