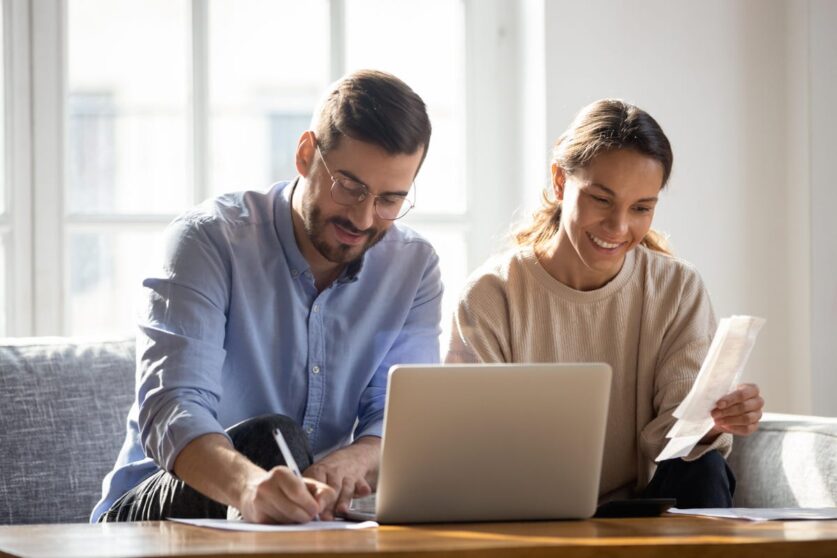 I had a conversation with a client recently. I asked her how she has been so successful with her financial management and decided her story would be a good thing to share this with others. I must admit our client, Tess as I’ll refer to her, is quite focused on and informed about her finances. She admitted that in her early 20’s and 30’s, she took big swings in her career and personally developed smart money strategies that helped maximized her income. Similarly, many people have been quite good in securing significant income levels early in their career.

As for my client, who is 34, she has a net worth of more than $700,000 mostly from her earnings, retirement accounts, home equity, savings and investing accounts. In fact, she is currently on track to have a net worth of $1 million by her 40th birthday. She admitted that changing her financial routine was key to getting to where she is today. Essentially, her accomplishments happened through the adoption of the following financial habits that you too can adopt before you turn 40:

Save and invest at the same time

As a recession-era graduate, Tess was nervous about investing her money for fear of losing it to another market crash. But she realized that even though keeping all her money in a savings account felt safer, it would stifle her chances of growing wealth faster.

Tess came up with a plan that would allow her to save, invest and still sleep soundly: She set up automatic transfers for each pay period with 10% of my pay going towards her employer-sponsored RRSP, and another 10% into a high-yield savings account. From this account, she transferred the maximum into her TFSA each year.

Quitting your job for a higher-paying one

Once Tess got into the habit of investing and saving 20% of her take-home pay, she focused on increasing her salary so that she could invest and save even more. That meant pursuing promotions, asking for a raise, or leaving a job altogether for one that paid more or offered more opportunities for career advancement. Nearly every time she quit a job for a new one, she was able to increase her salary by at least 15 to 30%. Of course, this isn’t the right move for everyone. Always make sure you take into account your situation and career goals.

For example, at 24, she was earning $45,000 a year, so a 10% investing rate meant putting about $4,500 into her RRSP. Five years and a few job changes later, her income was well over $150,000, and she was able to max out her RRSP for the first time. She suggested that budgeting and cutting back on expenses alone wouldn’t have helped her reach that milestone.

When you’re young, every pay raise feels like an excuse to get a bigger apartment with more amenities or take more vacations. But Tess was intentional about keeping her living expenses low. She set a rule to not spend more than 30% of her monthly pay on rent, which in her case, meant still having roommates early on even though she could afford living alone.

Surprisingly, when she needed to save money for her wedding, she and her fiancé moved into his parent’s house for six months. It wasn’t easy, but they were able to save $11,000 for their big day.

I spoke of this in a prior blog post, “Beating the Budget Game.” I’m not a fan of budgets and Tess client got that. There are better ways to manage your cash flow. She admits her first budgeting plan was very aggressive; she wanted to save as much money as possible. But she constantly ended up disappointing herself by spending on things like dining out and holiday gifts.

She ultimately realized that having a rigid budget plan wasn’t doing her any good, and that she was feeling guilty for purchases that she didn’t consider irresponsible at all. Taking our advice, she instead focused on automating all her bill payments, including investment and savings contributions. That way, every dollar that went into her bank account on payday was a dollar she knew she could afford to spend.

As an introvert, apparently Tess dreaded going to big conferences and networking events. She was much better at nurturing relationships one on one, which she believes is just as effective as trying to socialize with a ton of strangers at once. She still keeps in touch with friends, as well as current and former colleagues. She follows their work online and shares it on social media often. She says sometimes she will send an email or text just to check in and send good energy their way.

When she sees a job posting that she thinks someone might enjoy, she forwards it to them. They do the same in return, which puts her in a great position to learn about new job opportunities. It’s also a good way to stay on top of salary trends in her industry and ensures that she’s getting paid a fair market rate.

Keep tabs on your credit report

A brush with credit fraud in Tess’s early 20’s sparked an obsession with her regularly checking her credit report monthly for any fraudulent activity. While this might seem overkill, our response to her was that is an important step in financial management and risk mitigation. Most people don’t do it.

She uses tools like Credit Karma to receive potential fraud alerts. She looks out for suspicious activities like accounts she doesn’t recall opening, spelling errors in her name, and repeated declined transactions. If she finds evidence of fraud, she reports it immediately to the credit bureaus and file disputes. With the rise of credit card fraud during the pandemic, it’s never been more important to make this part of your financial routine.

Tess said that not everyone needs a financial advisor to start building wealth. She knew how to invest, save and manage her expenses. But what she didn’t know was how to align her financial goals with her partner’s, especially early on in their relationship. This is where we fit in.

They had similar money habits, but very different opinions about how to spend their hard-earned money. For example, he would have been perfectly happy foregoing their honeymoon in Italy for a brand new Tesla, and while she wanted to keep renting indefinitely, he wanted to buy a home.

Tess had a lot of admirable qualities and does not represent the average person. She developed her own financial management strategies early on and stayed with them. She was fortunate to build a sizeable investment portfolio. But there is more to it than that. Its about the habits she developed and stuck to. Not all her strategies would work for everyone. Each person must identify and adopt financial and behavioral habits that work for them and that they can stick too.

Tess did understand her limitations. By hiring a financial advisor, it helped her and her partner work through those financial conversations and keep their collective goals in mind. I like to refer to this as a coaching and mentoring relationship. She understood the importance of being financially literate and the additional element of developing a personal relationship with a financial advisor. Her financial advisor acted like a sounding board, steering her away from poor decisions, and provides advice when appropriate. This relationship is the underlying principle for Keeping Life Current.