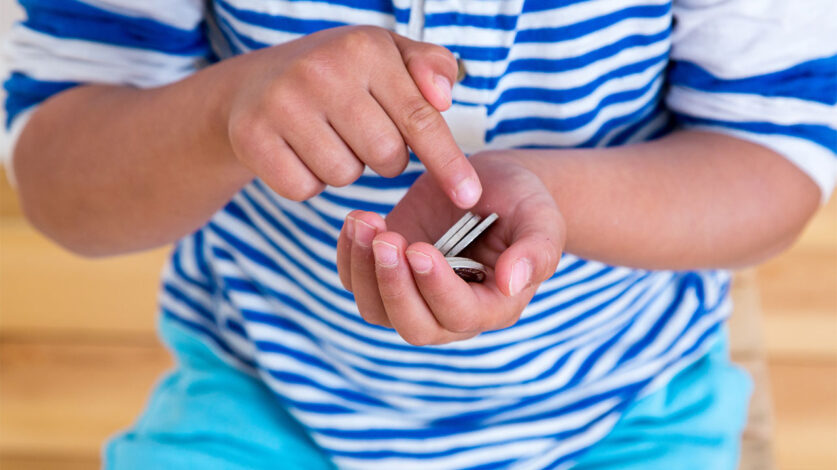 Its something that many parents have some challenges with. They never had the talk when they were young and do not know how to have it with their own kids. I know where your mind is headed. But I caught you. I’m speaking about financial responsibility and learning how to manage money. While we nudge our kids to do their homework, cajole them into making their beds, and teach them to be problem solvers, its the one major issue some parents fail to communicate effectively with their children about. Money.

According to a recent survey about kids and money, more than two-thirds of parents have some reluctance talking about money and almost two-thirds only discuss it when their kids ask and they normally don’t.

The benefits, however, of having financially-oriented conversations with our kids are clear. In fact, parents who talk with their kids once a week about the issue are significantly more likely to have kids who say they are smart about money.

And not talking about money can result in an expensive disconnect. According to another survey, 48 percent of teens think their parents will help pay for college, while only 16 percent of parents actually plan to.

It’s never too early to talk to your kids about money. Here are some ways to get you started:

Make money talk a part of your life

Money is less visible than it’s ever been. We’re paying with swipes, e-transferring to our friends, depositing checks automatically, and dabbling in cryptocurrencies. Many adults don’t understand all of that, we can’t expect kids to.

As you use money, even if it’s invisible, make an effort to explain what you’re doing. Tell them that your getting cash from the ATM, but that it went in there when I got paid automatically from my pay deposit. Let them know that you can’t pull money out if you don’t put it in to begin with. Or try saying your using a credit card to pay for something and that the bill for the card will arrive at the end of the month. Even tell them you’ll show them when you pay it. Or, just keep it simple. Inform them that your buying chicken thighs today instead of chicken breasts because they’re on sale.

Talk to them about goals

Managing money is really about learning to use your limited resources to achieve the things you want most. That means knowing what those things are. Even young children can and should have things they’re saving for.

Talk them through the process of isolating their goals and then help them figure out a plan to get there. This will require helping young children (those too young to work) figure out a way to actually get money. You can do it via allowance, household jobs, well-managed birthday or holiday money. But open your mind to getting creative by, for example, matching the money they save. It’s very important that they experience the satisfaction not just of setting their goals, but reaching them. You don’t want it to take such a long time, because of a small allowance for instance, that they give up.

It’s key to be clear about your own unconscious biases in how you’re raising your children. We’d all be horrified to think we were not giving our daughters the same financial grounding as we give our sons. And yet, on a national scale, that’s exactly what’s happening.

Let your kids have some autonomy

In about half of all households surveyed, parents are willing to let their children decide when to save and when to spend. The kids with those adult like freedoms are less likely to spend their money as soon as it lands in their hands, expect their parents to buy them what they want and even lie about what they spend their money on.

In other words, just like having financial autonomy is important to adults in partnerships and marriages, it has a similarly beneficial impact on our kids. Teach them well and let them go.

Have the university talk early

Explain to your children how much you’ll be able to contribute and how much they’ll be responsible for. Look at how much schools offer in financial aid and scholarships which don’t have to be repaid. Make sure your children apply to schools that are likely to really want them and therefore offer them more in aid. It’s far better to have this talk when your kids are freshmen in high school than when university applications are staring them in the face. You don’t want them to get their heart set on a school that’s ultimately unaffordable.

When parents have and communicate they have emergency savings accounts, RRSPs, TFSAs, and RESPs, their children are more likely to be savers, too. When parents shop for sport or are overly casual about how they use money, it’s tough to convince kids that they should do otherwise. No matter how old they are, children notice everything.

The talk needs to start when the kids are young and needs to be consistent. If its something you find challenging, then reach out to your financial advisors. Our advisors at Northern River Financial are at different stages of family life and have leaned how to have the talk. Let them work with you to show you how.

Its amazing how many kids of our clients have a significant amount of money saved when they become adults. In most cases, it is because they have learned from their parents and stay at it consistently as they grew. It has become second nature to them. They have learned to be frugal and not to spend their money on frivolous things. Parents as role models must walk the talk. If so, their kids are well on their way to Keeping Life Current.